We could bitch all day about what sucks. Why not mention some things that don’t? Such as:

NOFX: The Hepatitus Bathtub and Other Stories: Keeping the punk rock nostalgia train going, NOFX put out an autobiography in the spring, a chronology of personal remembrances from each current and former band member detailing their history as a band and the murderous, rape-y, junkie punk scene they inhabited in the early 80s. Ultimately, drummer Eric Sandin’s ascent from heroin addict and a generally shitty human-being to a responsible father and bandmate was an unexpected point of beauty in a book muddied with tales of near decapitations, fatal stabbings, and sexual abuse. So, too, were frontman Fat Mike’s thoughts on the deaths of Strung Out’s Jim Cherry and No Use For a Name’s Tony Sly.

But as expected from a band whose album artwork once featured a guy violating a lamb, comedy plays an integral role here, perhaps no more hysterical than NOFX finding themselves right smack dab amid the sea change ushered in by Nirvana’s Nevermind. Their perspective on what would come – for them, for punk – form some of my favorite moments from the book. My only qualm: You won’t find many studio memories here – the band gives precious little time to their catalogue, outside of anecdotes about early records, like Fat Mike’s concern that their second LP release, S&M Airlines, sounded too much like Bad Religion. A book easily devoured and enjoyed.

The Girls: Recognizing that my reading habits bend toward the work of mostly dead, male authors, I set out to find some young, up-and-coming writers, anyone inside the 20 to 35 demographic whose words could leave me with a faint inspiration to carry into my own little projects. Experiencing good art does that, you know? Fast forward through my lazy online searches, and that’s how I ended up with Emma Cline’s The Girls, which, I would learn, is far from a brave choice: it’s a New York Times bestseller; it’s been universally praised by publications with some measure of sway, and Cline’s already been anointed with the “Voice of a Generation” title that book people are so eager to dole out. And rightfully so, perhaps. Cline’s extraordinary in her ability to weave together badass descriptive fragments, one after the other, poeticizing American everydayness in a way very much reminiscent – as the New Yorker points out – to Don Delillo. This style of rich, clipped phrasing is everywhere throughout The Girls, close to the point of distraction. Yet, tasty graphs like these are undeniable:

“They closed the road to street traffic, so I found myself in the bobbing press of people, pushing and grabbing at the promise of leisure and fun. Husbands whose faces were tight with aggrieved duty, flanked by kids and wives who needed stuffed animals. Who needed pale, sour lemonade and hot dogs and grilled corn. All the proof of a good time.”

Or, better still, this: “Poor Sasha. Poor girls. The world fattens them on the promise of love. How badly they need it, and how little most of them will ever get. The treacled pop songs, the dress described in the catalogs with words like ‘sunset’ and ‘Paris.’ Then the dreams are taken away with such violent force; the hand wrenching the buttons of the jeans, nobody looking at the man shouting at his girlfriend on the bus. Sorrow for Sasha locked up my throat.”

May no one notice when I borrow similar phrasings for songs. A beautiful work deserving of all the attention, for sure. 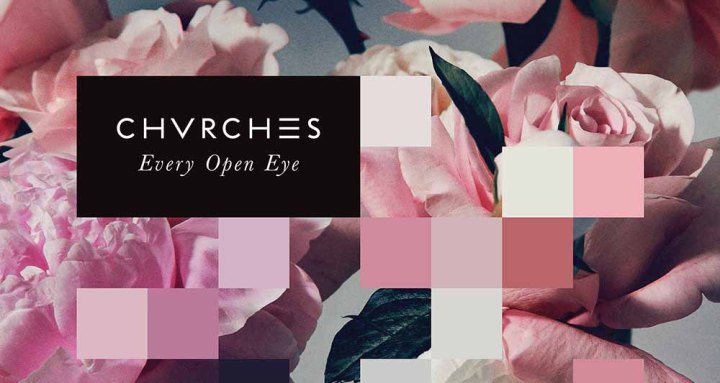 Chvrches “Every Open Eye” – Far better than the actual 80s is the contemporary interpretation of what the 80s sounded like. Glossy synths, rudimentary dance beats and fragile vocals make for an oddly compelling soundtrack to a day job, even if Chvrches’ youthfulness kinda depresses me about being old. And even if Chvrches’ very fantastic record has by now been coopted by American Eagle Outfitters to sonically pummel their customers thumbing through racks of plaid oxfords.

Got any recommendations? Would love to hear about them. Send them my way @loudipietro or wherever you’re reading this.